Looking Forward to the Games of 2018 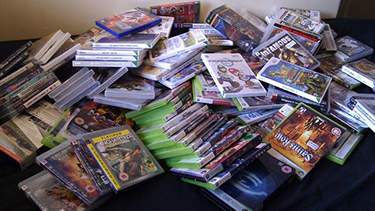 Every year, there is a slew of new games that come out of every size and genre.  While I don’t often buy new games fresh off of the shelf, I try to reserve a bit of my entertainment stash to stoke my gaming fires with some current releases.  Given, I’ve run into a few flops in my anticipatory planning for years past, but I’m usually pleased with what I’ve plotted to add to my ever-growing video game library.

It’s no surprise that I’m looking forward to this month’s release of Secret of Mana, as I’ve discussed recently.  There are plenty of other titles that are calling to me across all platforms, but picking through those, I’ve come across a few that I’m especially excited for in a number of ways.

Feel free to kick back, check out some trailers, and check out some of my most promising titles to come into my gaming cases that are releasing this year!

END_OF_DOCUMENT_TOKEN_TO_BE_REPLACED

The history of the Final Fantasy series in North America is a convoluted one, especially in the early entries.  The mainline entries were numbered in difference to their actual positions in the series due to our only receiving half of them before Final Fantasy VII, and there are a variety of games that had the Final Fantasy brand stapled to them upon release here.  Due to a number of reissues and adaptations, however, most of these have been ironed out.

Let’s just say that the name Final Fantasy Adventure is a misleading name in the grand design of Square’s catalogue, and while it has also been fixed with the recent remake- the game was released as Adventures of Mana– for a long time, the Final Fantasy name carried a lot of weight in both reputation and quality at the time that this game came out.  Does that mean that this game leaves the same impression that the rest of the titles did, though?

END_OF_DOCUMENT_TOKEN_TO_BE_REPLACED

There’s been some buzz lately regarding the remake of Secret of Mana coming to the Playstation 4, Playstation Vita and Steam.  Hitting shelves on February 15th- which I feel like will be the longest two and a half weeks of my life- the game is the second in the Seiken Densetsu series to receive the HD remake treatment.  The first, Adventures of Mana, was an update of the originator of the series which was released in the US as Final Fantasy Adventure.  Adventures was well-received for the most part, so it’s no surprise to see Secret of Mana given the same treatment considering that it has already seen some re-releases on mobile devices and the Wii Virtual Console.

Fans of the Seiken Densetsu series have had a few questions regarding how the property is being handled, however, both of which have been alluded to in articles popping up over the past day or two.

The first- and frankly most egregious- is why the Switch has been overlooked for the HD remake of Secret of Mana.  Seeing as how the game has been a Nintendo mainstay in a number of fashions, most recently on the Super Nintendo Mini that released last year, it was a strange choice not to choose the Switch as a launch platform for the game.

The second issue has to do with the Seiken Densetsu Collection that released in Japan back in June of 2017.  I watched a trailer with dubious optimism as it played through previews of Final Fantasy Adventure, Secret of Mana, and the as-of-yet released in the United States title, Seiken Densetsu 3.  While a fan translation has been available for some time for the third entry of the series, there has been no motion to localize the game for audiences in our hemisphere.  Given the popularity of the original two entries, it left fans scratching their heads as to why Square Enix wouldn’t work toward releasing the trilogy here, as well.

Addressing both of these issues, the company has now said that they have heard the voices of their fans and that they are considering both options, though nothing is being planned at the moment.  Given the recent practices of Square, I’d place a fairly large wager that the remake of Secret of Mana will make its way to the Switch.  It would be tough to justify not doing so, especially given the number of ports the system is already receiving.

I’m a little less hopeful for the Seiken Densetsu Collection unfortunately.  I’m not sure Square Enix is interested in making an entire translation for the third entry of the series and with Secret of Mana releasing shortly, they may already be satisfied with whatever the result is of this endeavor.  There may be a possibility of another remake, though that’s complete speculation on my part.

If you’d like to read the original article I’ve referenced, it’s short but it’s right here at RPGSite.com.

If you’d like a look at Secret of Mana before it’s HD release on February 15th, I’ve also reviewed it here.

Do you have any thoughts or predictions regarding the upcoming release or any future the Mana series may have in the future?  Let me know in the comments!

At The Height of Evolution – Sony Playstation – Parasite Eve – 1998 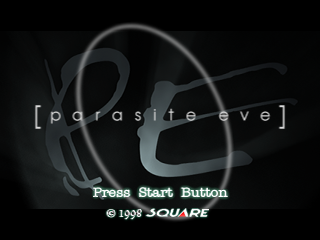 Some gaming companies are a bit better known for taking chances. This tends to take place before a company establishes itself and its niche. Square, if the stories are to be believed, took a huge chance with Final Fantasy to save the company. Clearly, this paid off more than some other deviations from the norm for other companies. This also may have given the company more motivation to take the occasional step outside of the comfortable.

Parasite Eve is an earlier role-playing game from my Playstation novice years. While this tends to be the case with a lot of my earlier role-playing experiences, I truly felt that as I played through this game again with some years under my belt, I appreciated this game much more than I had back in 1998. As the company’s first game to achieve a Mature rating from the ESRB, this is probably an obvious statement to make, since the game is almost 20 years old at this point, but this brings up the question as to how has the rest of the game has aged. Even more, how does it look against the rest of Squaresoft’s library at the time and since it became Square Enix?

END_OF_DOCUMENT_TOKEN_TO_BE_REPLACED

Lost in Time and Space – Super Nintendo – Secret of Evermore – 1995

Some games run into an issue that comes down to an association of success. Sometimes, this comes down to association by a company’s prior success. It can be chalked up to similar games coming out at the same time, as well. Even similarities in the name can bring about comparisons that can help or hinder a game’s impressions.

Secret of Evermore pretty much succumbs to a triumvirate of these things.

Coming out in Squaresoft’s prime years, Secret of Evermore had a lot to live up to. With game’s surrounding its release like Final Fantasy III and Secret of Mana, the game already had a reputation to upkeep for the flourishing developer. Given its proximity to Mana‘s release, as well, many players believed this game to be a sequel or somehow related. Since the Super Nintendo had some great action RPGs coming out already, the competition was even more fierce. Thankfully, it seems that the game received some stellar reviews in most areas at the time- but how has that held up alongside the other games that have become classics over time?