Not all horror movies lend themselves well to their respective genre. Some efforts with popular movies like The Ring and Ju-On fall flat almost immediately while franchises like Friday the 13th and Evil Dead have produced offerings that, while not critically stellar, appealed to their audience and resulted in stronger showings. The reception of movie-based games, in general, has been all over the map.

When the Blair Witch film was announced to be released in 2016, sixteen years after the second film had slipped into theaters and directly into cult status, it came as a bit of a surprise to audiences that another entry was on the horizon. Another surprise came when an announcement was made about a game being developed for the same franchise coming out in 2019. Considering the quick obscurity of the trilogy of games developed for the PC in the early 2000s, taking another step into the gaming pool was an unexpected venture to hear about at first.

Headed up by Bloober Team, the creators of prominent indie titles like Layers of Fear and Observer with input from Lionsgate Films, the developers of the Blair Witch films, it seemed like after the decent reception for the film a few years before, the formula could be perfect to strike at the Blair Witch and her reign of terror again. Given the impact the initial trailer had, it seemed like the game could land on either side of the quality fence- but given that the game hit the XBox Game Pass, I figured it was as good a time as any to find out for myself how well the end product turned out from one of my favorite horror films growing up.
END_OF_DOCUMENT_TOKEN_TO_BE_REPLACED 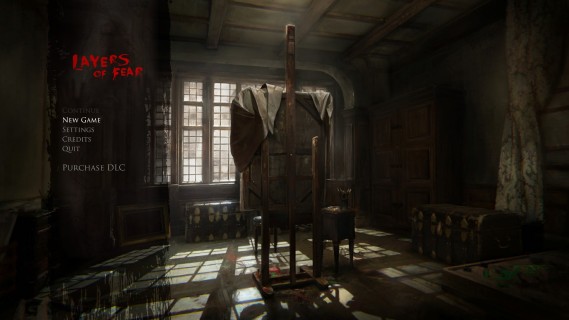 Over the years, horror as a genre has branched off quite a bit.  While the genre wasn’t exactly a stranger to symbolism or subtext, time has lent itself to certain horror offerings exercising the cerebral and dramatic.  Video games have been doing this for some time now thanks to certain developers working to deepen the artform that video games have started to be recognized as.  Games like Silent Hill and Rule of Rose have taken a whole mythos and forums full of discussion to dissect- and it’s all been amazing to watch unfold as a horror fan.

Layers of Fear is an indie effort that attempts to marry the horror genre with drama and surrealism.  While a few games have done this, I had heard a lot about Layers of Fear from my friends- and yet had heard very little about it aside from it would be right up my alley and that I needed to try it.  Given my extensive Steam library, I thought it would be a while before I got the chance to play it. In a stroke of generosity, a friend of mine gifted me a copy so I could finally check out the experience.

That was about a year or so ago.

Well, now it’s the season and in between replays of Clock Tower and Friday the 13th, I’m making it my goal to get to some of the creepier titles I haven’t had the chance to break into yet.  First up on my list ended up being this one since I was in the mood for the kind of game I had at least thought it was.  Allow me to detail for all of you the experience I had after a year of anticipation for this game and all it had to offer.
END_OF_DOCUMENT_TOKEN_TO_BE_REPLACED