What I can remember as a kid is primarily based in the 1990s. It seemed like everything was X-Treme, dayglo, or in Pog form. It was also the prime time for the major players in gaming like Sega and Nintendo. When my father was helping out at his friend’s video rental place, though, I found a cozy spot behind the counter playing the TurboGraphx-16 they had set aside for display so games like Bonk’s Adventure and Air Zonk were favorites growing up.

One game I vaguely remembered was Yo’ Bro, but the years had washed away a lot of the experience. I remembered a tie to the Beach Boys and something about a bear on a skateboard. I also remembered really enjoying it as a kid, but at the time, I was about seven years old or so. My taste in games hadn’t developed quite as well as it has now, and even now, I’m pretty easy to please.

Since I’ve been diving into the system’s library again, I needed to see how my vague memories stacked up against the reality of what Yo’ Bro had to offer. With a title that screams “straight out of the 90s”, it was entirely possible that it might be a relic of the past better left coated in dust. On the other hand, it was possible I could uncover a hidden gem that had fallen to the wayside against other games vying for the attention of impressionable youngsters.

In the end, there was really only one way to find out. END_OF_DOCUMENT_TOKEN_TO_BE_REPLACED

Just Another Link in the Chainsaw – Sega Genesis – Splatterhouse 2 – 1992 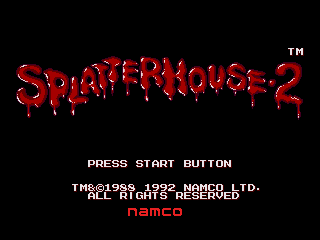 Horror movies have a particular formula. A majority of films in the genre- especially in the late 80s and early 90s- will set up an improbable plot to place characters into a terrifying situation. When the character or characters who survive until the final scene reach the end, there is climactic confrontation. The survivors breathe a sigh of relief, and the viewer is left with some kind of indication that a sequel is inevitable. The killer-thought-dead’s eyes open, the phone rings in the house that’s supposed to be safe, the camera pans menacingly back into the forest; if the writers and director can allude that the terror is still lurking, they will.
Games in the horror genre aren’t much different, and the original Splatterhouse did the same thing. It wasn’t as effective in the console port due to some strange editing of the final scene. In the original ending in the arcades, however, once Rick has survived his nightmare and comes out of the other side, there is a solid promise that the evil he was involved with also survived.

It would be four years later that the Sega Genesis would see the sequel, Splatterhouse 2, come to life in the West. It came at a great time- the early 90s was a strong time for “in your face” gaming, even if it was a bit of a lull for classic horror. Aside from dropping most of the censorship between the Japanese and English versions of the game like the original, though, there isn’t a ton of information readily available on Splatterhouse 2’s development. Even if it’s not hard to see why it would have eventually spawned a sequel, I’ve heard plenty about the first and third games in retro circles, and the reboot gets a mention here and there. I’ll admit that my curiosity piqued so far as the lack of information on the second game.  END_OF_DOCUMENT_TOKEN_TO_BE_REPLACED 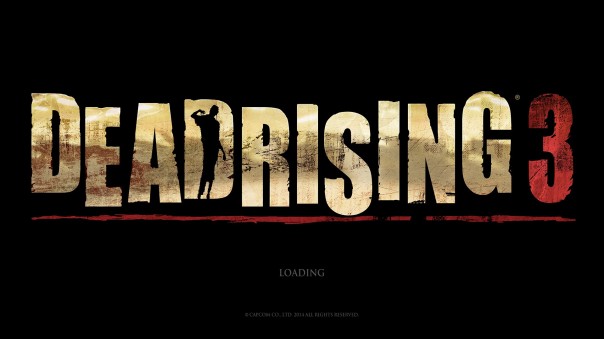 In the effort to continue covering some series that seem to have fallen by the wayside, the Dead Rising series has been of interest to me. It had a strange journey where when it was popular, it seemed to take a slow and steady slide into obscurity rather than have a sharp drop off in popularity or inexplicably never producing a sequel despite having a foundation worth working from. Dead Rising was a hit and a breath of fresh putrid air to gamers and the second game seemed to have a load of publicity leading up to its release.

Dead Rising 3 didn’t feel the same way. It was advertised and fans of the original two games gave it some word of mouth but I remember feeling like it came out with a whimper considering the success of Dead Rising 2. Even with less time between the release of the third after the second- there were four years between Dead Rising and Dead Rising 2, but three years before we would see Dead Rising 3 after that- it seemed like Capcom wanted to capitalize on the series’ reputation.

It did take me some time to check out the third entry myself, mostly because it was exclusive to the XBox One, a console that I didn’t have, and the PC after a year. I wasn’t much of a PC gamer in 2014, though, so it was only recently that I had the ability to continue the madcap zombie adventure the series had set expectations for. Playing through it again for the sake of analysis, though, I wanted to see how the game would stack up without years of anticipation behind it. END_OF_DOCUMENT_TOKEN_TO_BE_REPLACED 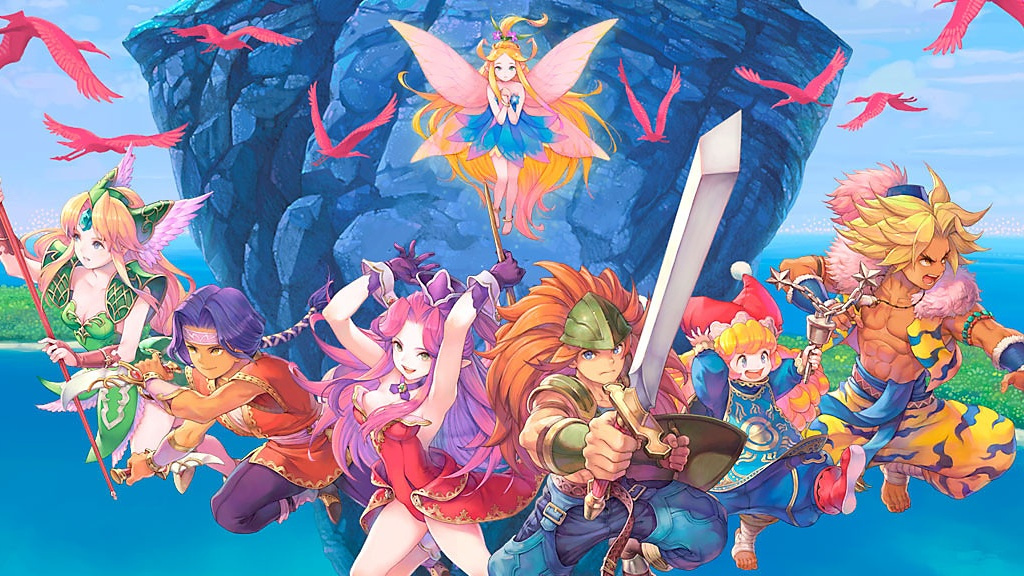 Overall, the impression left by the demo has me wanting to play the entire game right now. It clocks in at about two hours or so, depending on how much you explore, and allows you to choose any of the main characters and party members you want. It’s available on the Switch, Playstation 4, and Steam for folks who want to check it out on their own, but if you’d like some more in-depth impressions, I’m more than happy to provide some food for thought on some positive (and maybe more critical) points from what I played.
END_OF_DOCUMENT_TOKEN_TO_BE_REPLACED

Despite some dabbling into the series, the Splatterhouse games have flown low on my radar for a while. There’s nothing in particular that has kept me from them. I played them a bit as a kid, but the only one I’ve played through was the reboot that came out a few years ago. It’s always been interesting to me but for a few reasons, it kept getting brushed aside for other franchises.

The strange part is that Splatterhouse has a myriad of elements I enjoy. The protagonist is a buff hockey-mask wearing figure, the story has elements of Lovecraft and slasher films, and it falls right into my retro wheelhouse. The excessive violence, even having been toned down before being released on American consoles, would have been right at home alongside games like Night Trap and Mortal Kombat during the creation of the ESRB ratings and trials. The only thing keeping me from playing through the entire series was a lack of a Turbografx-16 growing up.

In an attempt to take a look back at the system and its library, I knew Splatterhouse would have to be one of my first stops due to how long the title’s been sitting in my backlog. Since the series has fallen into obscurity despite a relatively successful revival back in 2010, I thought it could be fun to check on the beginning of the series and how it evolved, not to mention how it holds up now. END_OF_DOCUMENT_TOKEN_TO_BE_REPLACED