Five of My Favorite Easter Eggs in Gaming

Before I get into the nitty-gritty of the topic at hand, let me first say I hope you’re all having a great day, regardless of what you celebrate. It’s been a rough time for a lot of folks, but hopefully, if you want to be socializing or celebrating, you’re finding a responsible and satisfying way to do it!

That said, today is Easter- so what better time to talk a little bit about some of my favorite Easter Eggs? I know plenty of folks have heard of the term, but to give a bit of history on it, the term “Easter Egg” refers to a piece of programming in a game that is hidden and meant to be found by people playing the game with a little bit of effort. While they aren’t always left in on purpose, almost all of them are put in deliberately as something fun to trip across. While it wasn’t the earliest example- plenty have been found since the term was coined- the origin of the concept came from the game Adventure on the Atari 2600 as a way for the programmer, Warren Robinette, to be credited for his work since games at the time didn’t have credits as a way to retain their talent. No credits meant no chance their programmers could be enticed to another company.

Intrepid enthusiasts have found more examples from games before Adventure, and Easter Eggs have become less career necessary and more referential and quirky for the most part. Out of all of the Eggs that have been hidden, here are a few personal favorites:

DEAD ISLAND: RIPTIDE – JASON TAKES PALANAI
As a fan of zombie games and Friday the 13th, this was one that I had to hunt down and see to believe. In Dead Island Riptide, the players come across plenty of shambling undead to pulverize and escape from. They’ll also find several living people who have decided to take advantage of the situation at hand and cause trouble for the survivors.Should the player journey out into the far reaches of the forests, they may come across a shack with a few zombies hanging around. If one is enticed to try to explore and loot this shack, they’ll be greeted by a hostile survivor wielding a machete, his face covered by a hockey mask. Over his head, his identifying name? 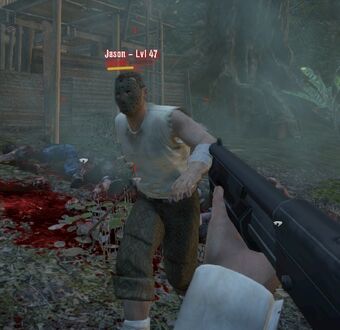 Unlike his inspiration, he appears to be alive and screams “brains” at the player as he begins his onslaught. Like the vigilant Mr. Voorhees, however, he was originally a durable and almost unstoppable enemy, dealing tons of damage and taking very little himself without extreme measures. Even high-leveled players would find it hard to survive the encounter, though he has been patched to be a little easier since. He’ll still respawn like other enemies, though, and even when he’s “dead”, his eyes will follow the player, promising that his reign of terror will continue, even when the player has left.

METAL GEAR SOLID – MORE LIKE “META” GEAR
The original Metal Gear Solid did a lot of things right, and everyone who played it for the first time back on the Playstation remembers the iconic fight between Solid Snake and the extraordinary Psycho Mantis. The execution of needing to switch controller ports to fight him effectively was as innovative as it was infuriating. On top of that, though, an interesting Egg appears for folks who have indulged in other Konami games from the time. 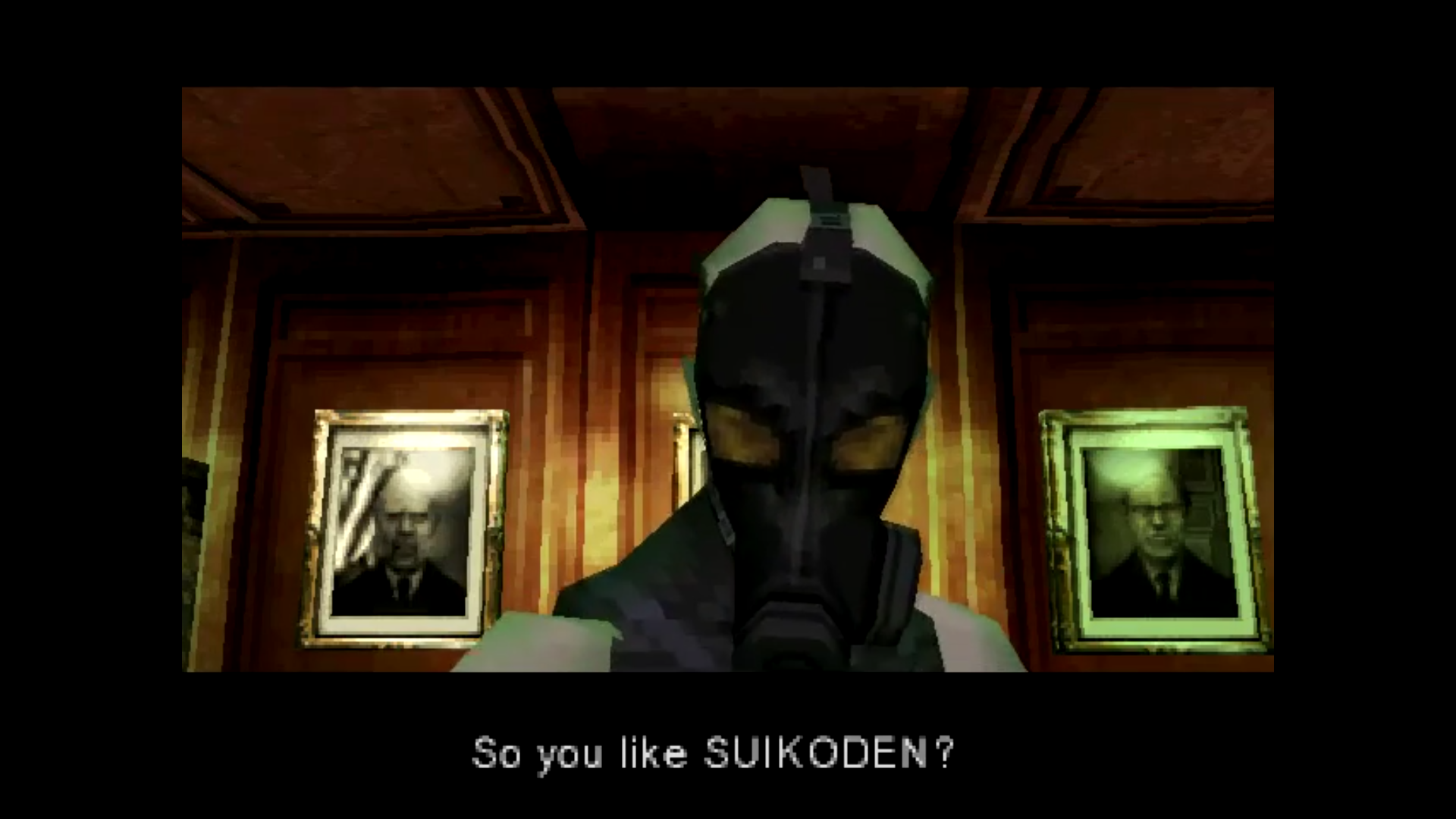 The controller port isn’t the only thing Psycho Mantis can read. As the fight ramps up, if the player has other games from the publisher on their memory card, the mind-bending adversary will start to recite them to the player, breaking the fourth wall with phrases like “So you like Suikoden, do you?” or “I see you like Castlevania”. The first time most gamers came across this tidbit, it shocked and bewildered them even further that Psycho Mantis wasn’t just trying to intimidate Snake; he was reaching through the screen to taunt the player. 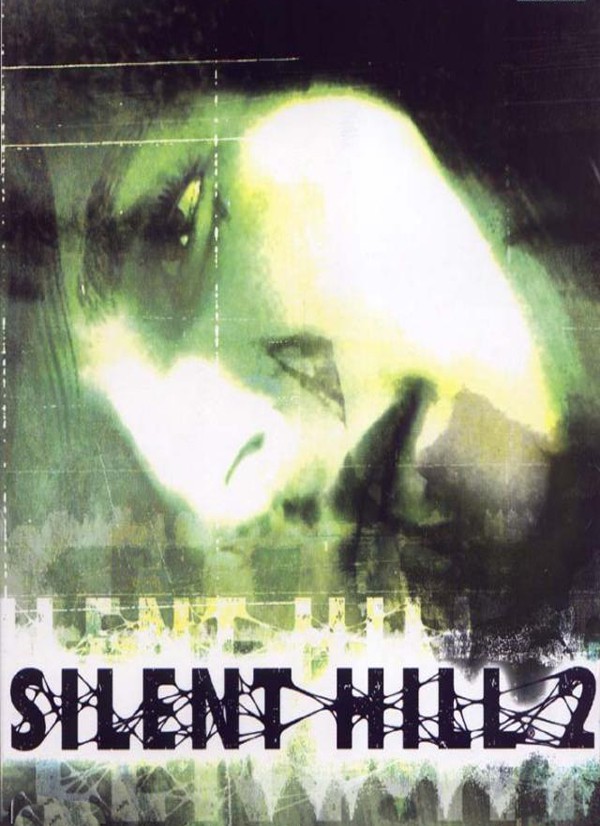 SILENT HILL 2 – THE DOG DAYS OF JAMES SUNDERLAND
Silent Hill 2 is easily my favorite game in the series. I’ve played through it a few times and experienced a few of the multiple endings and the story is a tragic and engrossing tour de force. Each conclusion of James’ journey ends at best with a bittersweet close and at worst- well, it’s not known for being an uplifting narrative, great as it is.

While it’s well known now, there’s a particular ending that requires a lot of work and at least two runs through the story before it can be accessed. After that, the player must locate a dog house that has appeared in the streets of Silent Hill which will get them a key that will allow them access to a door in the Otherworld that can only be acc- 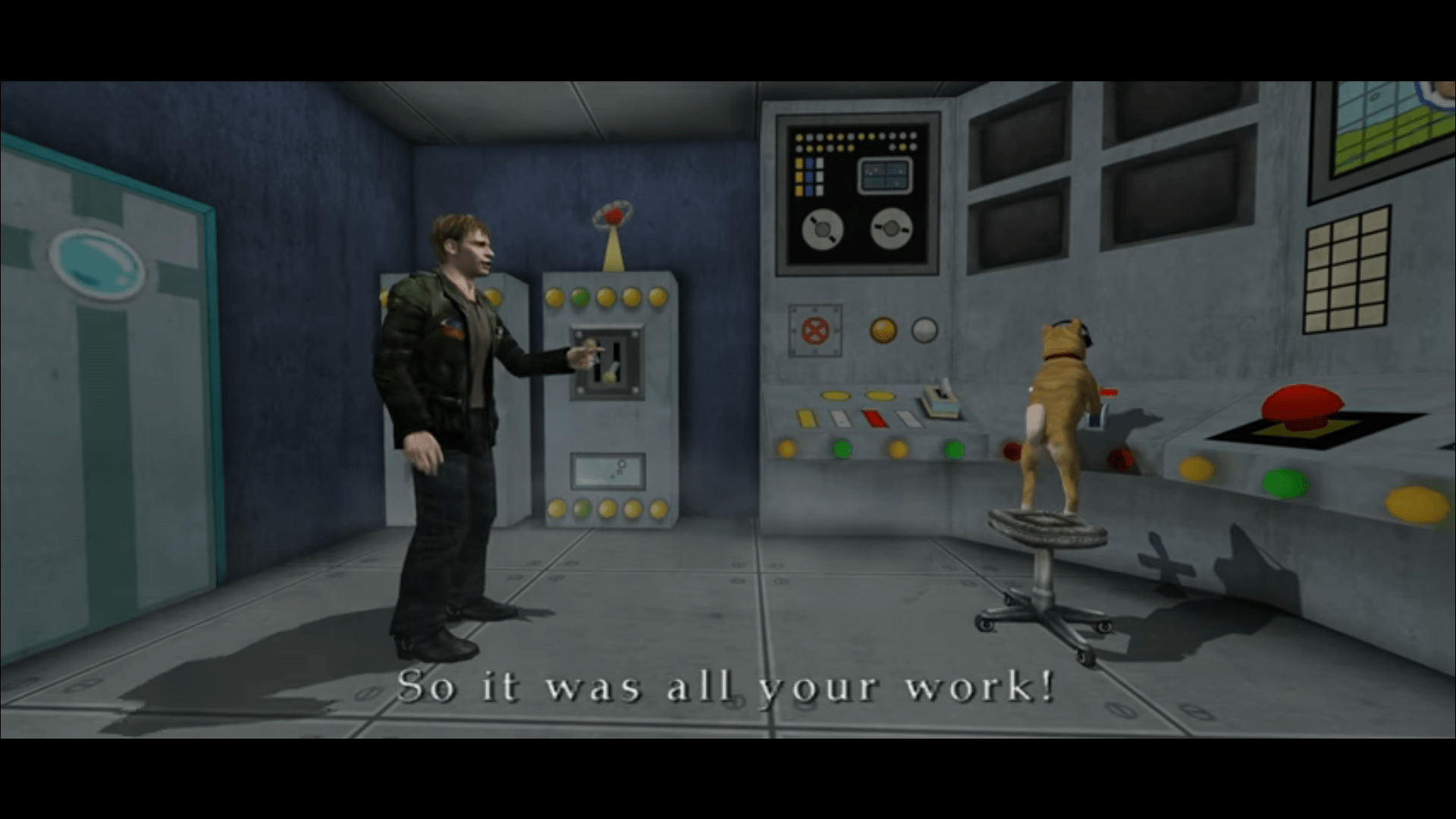 Y’know, this is an Easter Egg for a reason. It’s complicated and hidden behind a few complex steps. If the player is diligent, though, they will be treated to an odd and quirky ending where James Sunderland finds himself in a control room where one assumes the events in Silent Hill are being controlled- by a Shiba Inu with a headset. The Dog Ending has been referenced in other Silent Hill games since, but it is always a side street off of the dour highway that the series usually travels- and usually takes just as many steps to achieve as the original.

DAY OF THE TENTACLE – MANSIONS OF MANIACS
LucasArts games are well-known for referencing each other. The references aren’t too difficult to find usually- the first bonus level of Zombies Ate My Neighbors is called Day of the Tentacle, Maniac Mansion has a reference to another puzzle in Zak McKracken and the Alien Mindbenders, and those are just the tip of the iceberg of nods the developers have made to their own games. Sometimes, developers leave more than just a nod for attentive players, though.

In Day of the Tentacle, the sequel to Maniac Mansion, players can take control of one of the original cast members, Bernard. During one of his sequences, if the player searches, they can find a computer that he can access. By turning on the computer, the player can be treated to a game of Maniac Mansion. Not only that, but the entire game can be played this way, effectively hiding the entire first game in the second one.

In general, I love when new games and reboots offer a way to play the older games that they came from, but there’s no denying that having an amazing game like Maniac Mansion to play from beginning to end is a fantastic hidden treasure to have. 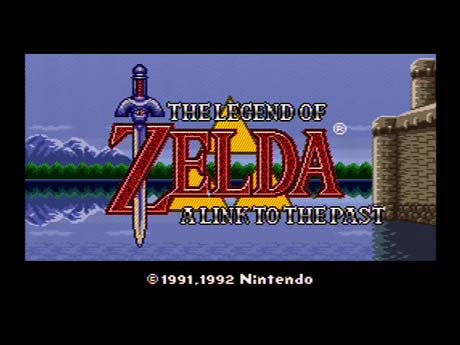 THE LEGEND OF ZELDA: A LINK TO THE PAST – ONE LUCKY KID’S LEGACY
I can honestly say that this is the only Easter Egg I haven’t experienced for myself, but it’s one that has gained enough fame for me to have seen all over the place and think that it’s just one of the neatest Easter Eggs out there.

Back in 1990, Nintendo Power held a contest where they had readers send in a picture of them running into the Warmech, an enemy from Final Fantasy that is tough to encounter and tougher to defeat in the game’s final stretch. From those people, they would choose one random entrant to be programmed into a Nintendo game. That lucky winner was Chris Houlihan.

If you aren’t familiar with that name, it’s okay. It’s become pretty well-known to Zelda fans and retro gamers due to the hidden room Nintendo tucked away in one of their most revered titles, A Link to the Past. It’s tough to access without knowing the exact path and process to travel it involving the Pegasus Boots and an exact route that will kick the player into the room. Once the player gains access, they will be treated to a room full of blue rupees and a telepathy panel where Chris introduces himself and tells the player to keep the room a secret. Obviously, that worked out well. 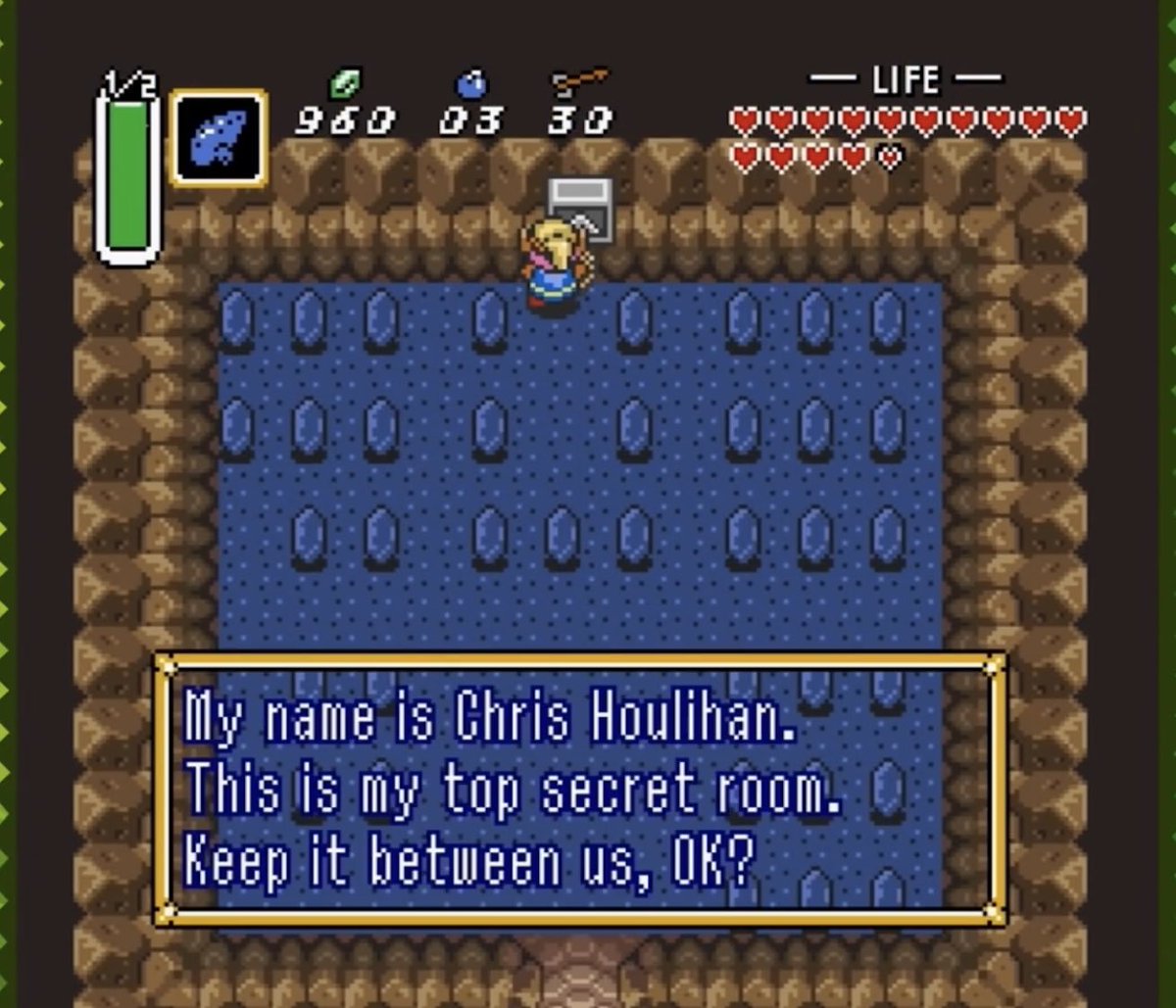 The true story of the room, as an addition, is that it is a failsafe room in case the programming of the game somehow becomes confused and can’t place where Link is meant to end up while entering a room or hole somehow. Not only is the room immortalization of a Nintendo fan, but it was a way to keep the game’s pieces in line. Once the Chris Houlihan room is left, Link ends up right in front of his house again, presumably setting the programming back on its tracks.

There are hundreds if not thousands of other Easter Eggs that can be picked out and talked about but these are just some personal favorites. If you have any favorites you’d like to chat about or just want to share, feel free to leave a comment or chat with me on Twitter at The3rdPlayer.

Have a great day and stay safe! Until next time!

One thought on “Five of My Favorite Easter Eggs in Gaming”