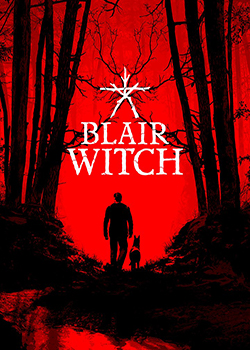 Not all horror movies lend themselves well to their respective genre. Some efforts with popular movies like The Ring and Ju-On fall flat almost immediately while franchises like Friday the 13th and Evil Dead have produced offerings that, while not critically stellar, appealed to their audience and resulted in stronger showings. The reception of movie-based games, in general, has been all over the map.

When the Blair Witch film was announced to be released in 2016, sixteen years after the second film had slipped into theaters and directly into cult status, it came as a bit of a surprise to audiences that another entry was on the horizon. Another surprise came when an announcement was made about a game being developed for the same franchise coming out in 2019. Considering the quick obscurity of the trilogy of games developed for the PC in the early 2000s, taking another step into the gaming pool was an unexpected venture to hear about at first.

Headed up by Bloober Team, the creators of prominent indie titles like Layers of Fear and Observer with input from Lionsgate Films, the developers of the Blair Witch films, it seemed like after the decent reception for the film a few years before, the formula could be perfect to strike at the Blair Witch and her reign of terror again. Given the impact the initial trailer had, it seemed like the game could land on either side of the quality fence- but given that the game hit the XBox Game Pass, I figured it was as good a time as any to find out for myself how well the end product turned out from one of my favorite horror films growing up.

The atmosphere shifts from foreboding to dangerous effectively as Ellis explores.

Plot
In 1994, three documentary makers went missing in Burkittsville, Maryland pursuing the tales of a local legend nicknamed the Blair Witch. Investigating her terrifying influence over the town and the Black Hills Forest, the only thing that was found of them was the footage they had collected before they disappeared. As outsiders, they had no concept concerning the magnitude of dread the Blair Witch had cast- and how much of it would prove to be true.

Two years later, a local boy, Peter Shannon, goes missing, his last known whereabouts being the Black Hills Forest. When a search party is formed to find him, Ellis Lynch, an ex-police officer with local ties, decides to take the trip to join them. With his faithful dog, Bullet, at his side, and his ex-wife, Jess, worriedly calling him to warn him to be careful, Ellis races to reach Burkittsville and join the extensive exploration of the woods to find Peter before nightfall. Arriving just after the search party has embarked, though, he prepares himself and treks into the woods with Bullet by his side.

The longer the search goes, though, the more the Black Hills Forest begins to feel unfamiliar to Ellis. As he comes across clues insinuating Peter’s whereabouts and fate, the sun begins to set, the trails of the forest stretching endlessly into the unknown. They say it’s easy to get lost in the woods if you don’t know them well enough, and if the strange videotapes Ellis keeps finding aren’t enough insight into why the woods are dangerous to be in at night, he’ll soon be learning for himself exactly why the legends came to be as he struggles to find Peter and escape with his own life, as well.

Mechanics
Like previous games by Bloober Team, Blair Witch focuses on exploration and interacting with the environment (or having the environment interact with you). As soon as the player steps into Ellis’ shoes, the need to explore every corner of the environment is apparent, given that’s the most the player can control. Keeping an eye out for clues in the woods and interacting with them will help the story unfold and may help or hurt Ellis’ chances of survival. If danger does rear its head, Ellis can sprint for a short time or crouch to get into tighter quarters.

There is plenty to be revealed by watching through the cassettes scattered in the woods.

Where the mechanics start to split off from the norm is with Bullet and Ellis’s rapport. In purely mechanical terms, Bullet acts as an alarm and item radar. When danger is around, Bullet will let the player know with a whine or barking. Ellis can take a more direct approach with Bullet, though, pulling up a shortlist of commands with the touch of a button. Most importantly, your canine companion can be asked to search for items or follow Peter’s scent off of certain clues. He can also be scolded, fed, or pet, forming a bond that can be important to Bullet’s responsiveness and general demeanor. This all becomes important, though, because as Ellis is surrounded by peril, his sanity will start to slip unless Bullet is nearby. If Bullet runs off or disappears, the world will start to become a lot less real and a lot more terrifying.

With Blair Witch being a found footage film, it would seem weird not to have a camera work as a central mechanic. Along the way, Ellis will find a video camera that will not only let him see in the dark through the camera’s night mode but will also allow him to watch the cassettes he finds as he tries to find Peter. In a strange twist of reality-bending, though, the camera can also be used to help him progress by playing and pausing at the right time. If the video shows a door that Ellis comes across that is locked, for instance, but it is open at a certain point in the playback, he can pause with the door open to gain access himself. Through this, studying the events of each tape becomes vital to survival.

Bullet is an important part of the game for both comfort- and for defense.

The Good, The Bad, And…
In a game where a sense of foreboding and fear is important, Blair Witch delivers well in the grand scheme of things. Appropriately, the forest can be disorienting and tough to traverse. Ellis is a compelling enough character for the six to eight hours the game lasts, and between him and Bullet, the protagonists are engaging and easy to spend time with. Like Layers of Fear, the visual tricks and occasional “is it real or isn’t it” feel of what Ellis experiences are strong.

Where the game trips up a bit is in its pacing. The narrative chugs along at a steady pace for about three-fourths of the game, as it feels like there is always something being uncovered or some new event unfolding. There are three or four sequences in the game’s third act, though, that feel like they run their course and carry on well beyond what they needed to, shifting from unsettling to an impatient slog to get to the end of them so that the story can continue. In a game full of solid moments, Blair Witch feels like it trips on its own storytelling in the late game.

The rest of the game is a mixed bag. It does a great job working with the source material and supplying a larger number of atmospheric scares than jump scares. On the other hand, the loading times going into the game and restarting after a game over are rough, and Bullet’s AI can be questionable at times. Bullet is a major part of the game’s enjoyability mechanically, though. While the game had some minor inconveniences, they all even out in the end.

Presentation
There is something about Bloober Games that perfects the mesh of grounded environments and visual bending to create some unsettling situations. The environments of the seemingly unending Black Hills Forest and the few structures that Ellis comes across are perfect for this. Even without trying, the forest’s design is disorienting- and gets worse as the game goes on. It looks great, and even Bullet- the only real character design you see regularly- feels natural and well-constructed most of the time.

Listening to the game is nice. The ambient noise is well-done, the voice acting is great, and the soundtrack is solid when it comes up. There isn’t anything of extra note that can’t be found in other games, but everything aurally feels tight and appropriate.

Conclusion
It’s not a surprise to me that Blair Witch came out to average reviews. The game has just enough missteps in its dance to keep the judges from flipping 10s at the end. Between load times, some points that drag, and a franchise as source material that hasn’t classically been considered “great” since its first film, there were cons to outweigh the pros on a number of counts.

When all is said and done, if you’re a horror gamer, Blair Witch checks far more pros than cons. The atmosphere and narrative involving the search are compelling, the game is the right length for an effective game of the genre, and it probably serves as the best sequel or supplement to the original film there is to offer. With multiple endings and optional areas to explore, it’s worth the price tag, though I wholly admit I may be biased as a fan of the series. Through the hard reception it received at first, Blair Witch deserves a chance if the concept even seems remotely interesting to you and you can see past its imperfections.