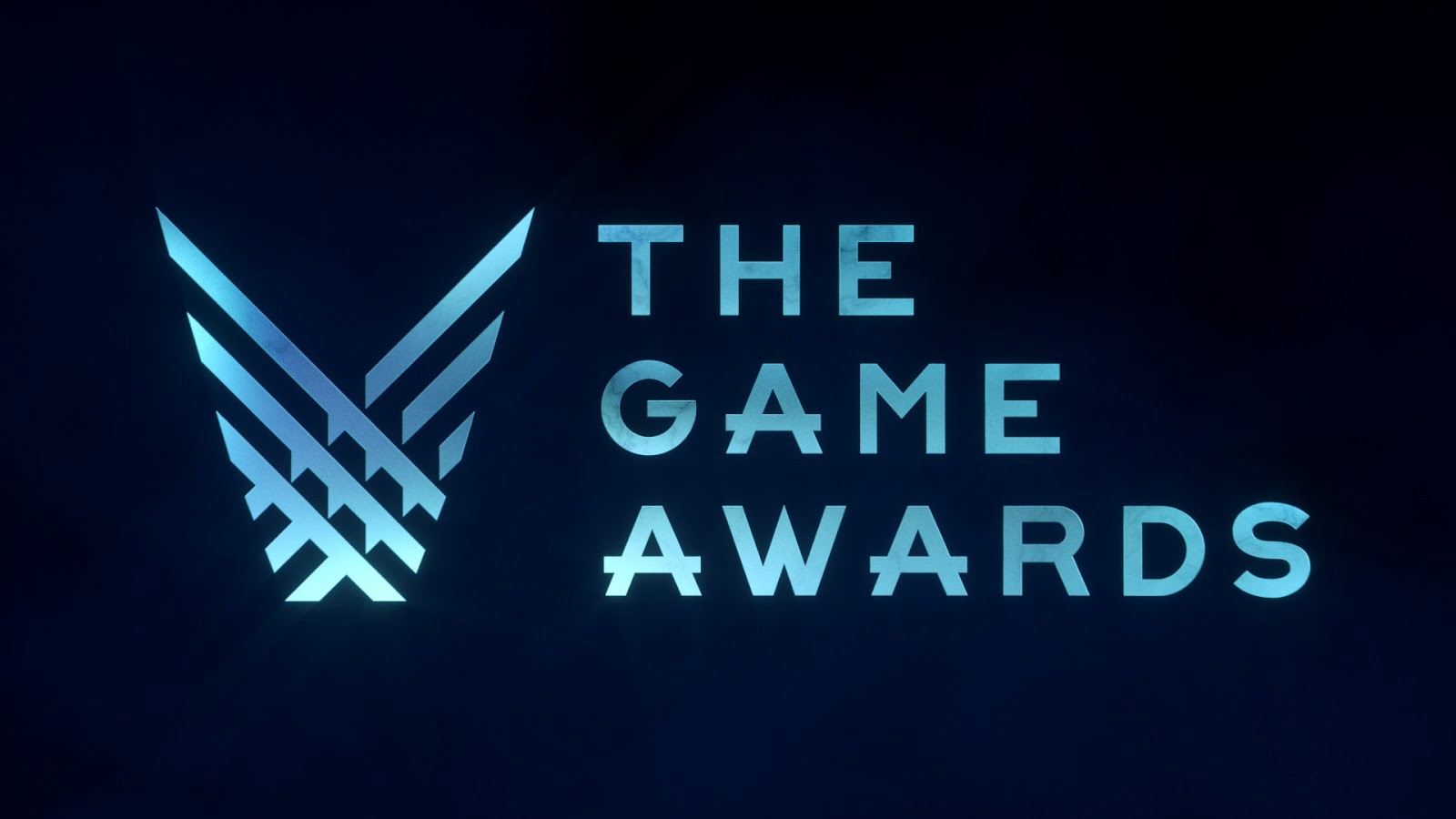 I wasn’t planning on sitting down and watching The Game Awards this year. I don’t put a lot of stock in awards shows in general and haven’t for years. The Oscars, the Emmys- they’re nice but not really my jam to sit down to watch for a few hours, especially when I don’t know half of the titles being discussed or awarded.

I do know a lot about the current game climate, though, and I had a lot of friends who were excited about the Awards and some of the possible announcements that would be revealed there. At the last minute, I found a Twitch channel with a group of folks I’ve come to enjoy the insights of and decided to sit back and watch the spectacle of The 2019 Game Awards.

After taking a few days to process and let some folks check out the replay for themselves, what was the best way I figured I could write about some of the things I saw?

With a list of my top moments in no particular order!

Fire Emblem: Three Houses
Fire Emblem: Three Houses was one of my favorite games this year, and it’s not exactly a surprise that it would win the award for Best Strategy Game for 2019. The game was not only massive at potentially 80s a playthrough. With four separate paths to experience, the amount of content is worth the price of admission alone. Lump on top of that the fact that your party and classes have a number levels of customization, a host of optional story battles to help flesh out characters, and life simulation elements a la the Persona series to strengthen and immerse the player in the world of the game and you find something that appeals to just about everyone.

What was pleasantly surprising was seeing it win the Player’s Choice popular vote from fans. While the game was popular with folks I associate with on Twitter, going up against games like Super Smash Bros., Death Stranding, and Jedi: Fallen Order, it was tough to imagine that Three Houses would take the throne. There were some heavy hitters this year with a lot of fan support behind them. Seeing Fire Emblem– who really only got its legs strong with Awakening a few entries ago- take this prize was pretty heartwarming. 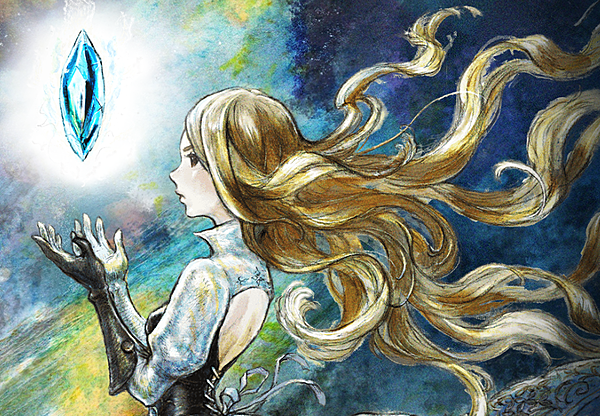 Bravely Default II Announcement
I will openly say that not every game Square Enix has produced and published over the past few years has hit that sweet spot for me. 2012’s Bravely Default was a game that I instantly became enamored with. The art style was whimsical and felt like it was straight out of a storybook. The story took pages out of the classic Final Fantasy and Dragon Quest franchises that both developers had been so well known for. The battle system, straight off of the mildly successful 4 Heroes of Light, had been refined and made for strategic (and, to be honest, entertainingly exploitable) combat sequences. The follow-up, Bravely Second: End Layer, was decent but didn’t seem to get the same reception as the original- but fans seemed to be clamoring for more still.

One of the more surprising announcements at the VGAs was the beautiful, if not minimalist, trailer for Bravely Default II. Offering a new story with new characters in the Bravely mythos, it seems to be a return to the series that is necessary given the momentum the first game earned that End Layer didn’t seem to lock in on. Given the reactions from a number of folks I know (not to mention my own excitement when the title flashed on the screen), this could shape up to be a breath of life for the series.

Disco Elysium Scooping Up Four Awards
However you felt about certain parts of their acceptance speech, seeing Disco Elysium win Best Role-Playing Game over titles like Kingdom Hearts III and Best Narrative over heavy-hitter Death Stranding was a big deal for indie gaming fans. ZA/UM saw the stage more than most at the awards with a game that had a quarter of the exposure that most of its competitors had. To say that this was a surprise might be an understatement.

Full confession: I’ve never played Disco Elysium. I only learned what it was about maybe two weeks before the Awards, but it struck me as something I would be interested in, and it looked just bizarre enough to hold my attention. While I’m still waiting for it to drop into a price range I can comfortably pick it up at, seeing how well it fared against the competition it had got me pretty pumped to get the opportunity to play it.

The Entire Games for Impact Category and Nominees
This being my first year that I’ve sat down to watch The Game Awards, this might be more of a novelty for me than for others. Having a category focusing on games that made strides to send a positive social message fell right into my wheelhouse. The fact that the Awards put a special focus on some of these games- most of which I hadn’t heard of before- felt like there was an effort being made to shine a light on a less prominent section of the game development community. From the outside, gamers and their entertainment of choice are stereotypically seen as toxic or lacking in empathy.

Games like Gris and Kind Words, while bending the definitions classically associated with video games, have demonstrated a side of the gaming world that needs a little attention. While games like Life is Strange 2 and Concrete Genie got a bit of attention due to their developer and release methods, a game like Sea of Solitude can get a bit of exposure for even being nominated in a show like this. It opened my eyes to a few new projects to look into. I sincerely hope it did the same for a few other folks. First Sight of the X-Box Series X
My wallet is not ready for the next generation of consoles yet. Let’s be honest- are any of us ever ready when these things are announced? It’s hard to deny being excited to see another era of gaming technology approaching, though, and finally seeing what’s been touted as the newest in Microsoft’s console line was a big deal for a lot of folks.

People seem torn on the design- some are saying it looks sleek and modern while others think it looks boring and- well, boring. I’m strong behind the first opinion, and while I’m not a console fanatic in any respect, I have to say that the system that was unveiled shows some promise. With talk about backward compatibility and sights on some of the presentational possibilities, it’s stoked the fires that I have for the upcoming projects the major players- and some of the minor ones- will have announcements for soon. The next year is going to be something to brace yourselves and your funds for.

Were The Game Awards a stellar presentation in honor of the past year in games? Yes and no.

A lot of the awards were glanced over, presented in a weird lightning round of unceremonious announcements. This didn’t feel like as big a deal with categories relating to eSports or other areas where there can be a bunch of micro-elements like managers and spokespeople who are important but may not appeal to the broad gaming community. There were larger games and categories, though, that were also glossed over or announced in the pre-show of the Awards which felt oddly cavalier given the message of the show. A majority of the show also felt like it was dedicated to upcoming games rather than games that were published over the past year. While a number of the announcements were interesting and exciting, there were quite a few that folks had already seen material from before. In this, it felt like they missed the mark a little.

On the other hand, while a lot of the winners were unexpected- especially Sekiro: Shadows Die Twice with its difficulty controversy- they were welcome compared to the expectation that certain games were going to sweep the show. A lot of underexposed games were given some credit while other games like Death Stranding still got their due. I’m still a little disappointed that Resident Evil 2, one of my top games of the year, didn’t receive any awards. Looking at who received them, though, it’s a fleeting concern given how many times it was nominated. When the Awards focused on their content and mission statement, they knocked it out of the park more often than not.

Did any of you check out The Game Awards this year? If so, what were your thoughts or favorite moments? Feel free to let me know in the comments or over on Twitter by chatting with me at The3rdPlayer!

Happy trails until next we meet!