Nearly the entire Atelier series is broken down into trilogies of games taking place in the same world with recurring characters and events. Only two of the series’ groupings were duologies: the Japan-only Gramnad Saga and the Mana Khemia games. Both of these pairs featured on the now-obsolete Playstation 2. Where the Gramnad Saga followed the naming conventions from previous titles with Atelier Judie and Atelier Violette, Mana Khemia took a step away from the usual trappings, at least externally.

Featuring the ninth and tenth games in the Atelier series, both games still exercise the mechanics of the series. Synthesis is still vital to progress throughout the games though there is a bit more emphasis on strategic combat through abilities rather than item-slinging. There are a couple of other adjustments that find their way into the formula of the series and stick, creating a foundation for the next generation of Atelier offerings to build off of and improve upon as the series grows.
Mana Khemia ~Alchemists of Al-Revis~ (Playstation 2, 2007) 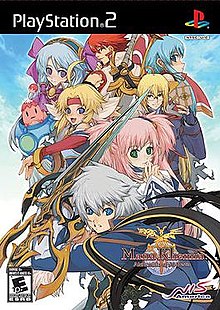 Welcome to Al-Revis Academy. People from all over the land aspire to attend this school where the most accomplished Alchemists learn their trade and continue the tradition of their craft. With professors focusing on all kinds of different aspects of alchemy, those who desire to learn synthesis or combat are all welcome and invited to flourish as they are educated from the fundamental basics to the most arcane recipes they can offer.

Enter Vayne Aurelius, the son of a great alchemist, who receives an invitation to attend the academy and follow in his father’s footsteps while living in solitude, his only companion being his mana, Sulpher. Deciding to take the invitation up, he is welcomed to the school and added to one of the “workshops”, a small group of students placed together to learn throughout their tenure at Al-Revis.

Of course, where many up-and-coming alchemists congregate, there are bound to be troubles of different magnitudes- and Vayne and his fellow students will be at the center of one of the most dire the institution has seen since its conception.

Like many of the more recent Atelier games, Mana Khemia takes place over three years for the main plot of the game. The bulk of the game revolves around the “slice-of-life” mechanics that the series has become known for as the party attends classes and perform assignments which act as missions to complete to continue. As these assignments are meted out, the characters must complete them as instructed or risk failing and potentially winding up “failing out”. While there is a time limit to completing these missions, they are rarely difficult to excel at and turn in well before the deadline. If the deadline is completed early, the player is rewarded with “Free Time”. During these days, they can gather and synthesize as they please until they are given the next assignment.

Synthesis in the earlier games was a bit simpler, and Mana Khemia only introduces one or two complex elements into the formula. The basic idea of using higher quality materials to craft into higher quality items holds true and is generally how the game asks you to proceed. This entry introduces an element called the “E-Level” (or Element Level), however, which can greatly affect what item is produced if the player desires. During synthesis, two factors can affect the E-Level: the items used during synthesis and special abilities associated with which of your fellow workshop members you choose as a partner. Their “help” can include anything from doubling a particular E-Level to dropping them to zero or changing them entirely, which usually means you can make whichever item you are aiming for with little issue.

Characters progress just a bit differently than other Atelier games up to this point, emphasizing both combat experience and dabbling in synthesis to become stronger. While engaging in combat will offer up Ability Points to spend on your students’ abilities, a mechanic called the “Grow Book” will dictate how and when those can be spent. By discovering new recipes, nodes in the Grow Book will become available to buy with the Ability Points that have been earned, making it difficult to overpower your party but challenging the player to explore and experiment with the alchemy system. While some of these nodes are common between all of the party members, many of them are unique like weapons and armor that they can equip, so creating items for everyone and keeping everybody up to snuff is important to proceed.

All of the other mechanics from this generation’s Atelier games are in effect. The combat system involves forming a front line of three characters and a back line of three characters who can be switched in and out as necessary. Battles are engaged by running into enemies on the overworld screens so they can usually be avoided if the player wants to skirt around them. The only time this becomes a bit more difficult is if the player stays out gathering for too long. There is a day/night cycle at play in Mana Khemia, and the enemies become a bit more rambunctious as time goes by. They also become more difficult, and while there is a minor payoff to traveling around and defeating tougher enemies, it is easy to become overwhelmed so caution is encouraged for the more courageous students of Al-Revis Academy.

So far as the Atelier series in the US is concerned, this was the first to offer multiple endings depending on which characters you spend time with between classes. By utilizing a mechanic during Free Time from the workshop, Vayne can get to know his classmates better, resulting in different assistance options during synthesis and ultimately an ending involving that character if enough time is spent with them. While a number of the usual tropes take up residence in Vayne’s workshop over the course of the game, the stories are interesting and do take some unexpected turns so they feel worth pursuing no matter what ending you are aiming for. 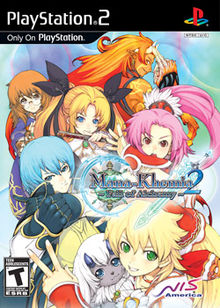 Nearly fifteen years after the events of Mana Khemia, the state of Al-Revis is becoming dire. The presence of the creatures known as Mana is steadily declining and the art of Alchemy is becoming less and less interesting to the general populace, resulting in low attendance within the academy’s halls. They have even opened the school up to other veins of learning like combat, inviting those who are not necessarily interested in alchemy to keep the institution afloat.

Two souls are about to cross paths within the hallowed halls of the once illustrious school. Razeluxe “Raze” Meitzen serves a noble house under his lady, Lily Vehlendorf, who decides she wants to attend Al-Revis Academy. As Raze acts as her servant, she forces him to go, despite his wishes not to. Meanwhile, a girl by the name of Ulrika Mulberry has come into the possession of a Mana Egg. Unsure of exactly what to do with it, she decides her best course of action would be to enroll at the Al-Revis Academy where she’s sure to learn more about alchemy and Mana in general.

At the game’s start, the choice of protagonist is presented between Raze and Ulrika. Both characters have a very unique story wherein the characters from the unchosen story will act as adversaries to the selected path. They vary greatly in story themes and tone: Raze’s story involves his past before his time with the Vehlendorf family and plays out with a more serious tone where Ulrika’s story is high on comedy and investigates the origins of the Mana strewn throughout the world. Whether you choose the earnest route or the absurd one, finishing one character’s story will allow you to play the other. Once both are finished, a final third tale brings the two groups together for a final ending to the story that combines the tales into a neat and tidy conclusion.

Very little changes between Mana Khemia and Mana Khemia 2, and the returning characters are minimal. A minor change lies in the combat system, however. As characters are switched in and out of combat, a “Union Gauge” fills that, when completed, will enable a stronger version of the usual Support and Guard options called “Intimate Support” and “Intimate Guard”. It isn’t a drastic change, but it does encourage the player to utilize their entire party rather than rely on focusing on a small fraction of the characters available.

Mana Khemia 2 does act as an interesting package as the sum of its parts. It plays as three separate games encompassing a group of twelve or so students but with the tones of the two stories varying so greatly in tone, it can be a bit off-putting to those not expecting the shift. For those interested, the final story does fall more in line with Raze’s narrative style than Ulrika’s, making it play more like a straight JRPG.

On a subjective note, the two Mana Khemia games not warranting a third is a bit of a travesty. The setting is perfect for the mechanics of the Atelier series, and there could honestly be more tales to be told from the halls of Al-Revis Academy. There were rumors of a third entry back when the original two had released but as these were published before the series had taken off, there are a number of reasons why a third entry may not have been developed. While the game is a welcome part of the Atelier lineage, it carries a heavier weight on combat than past games. It still achieves a balance between synthesis, exploration, and battle that smacks of the brand’s tone.

The Mana games also act as the final Atelier games to release on the Playstation 2, opening the gates for the Playstation 3 entries to make a jump into the next generation with Atelier Rorona and the rest of the Arland Trilogy. They are the final mainline series games to feature the charming 2.5D graphics that Atelier and other games by Gust Co. had become known for on the system but they also facilitated a breath of life for the series’ last efforts before striking into the realm of 3D and returning to some of the roots that the series had established years before. Reinstating ideas like mission deadlines and multiple endings to pursue, the oft-overlooked Mana games left a long-standing mark on the series as a whole that many modern players may not get the chance to appreciate without a bit of digging.

Thus ends the Mana duology and the era of Atelier on the Playstation 2!

Want to know how everything goes into the next generation? Check out the overview on the Arland trilogy here! Stay tuned for the next entry to the Atelier overview soon!

One thought on “Atelier Series Overview – Part 3 – The Mana Duology”