One hill I am willing to die on is that mobile gaming gets much less credit than it deserves.

Don’t get me wrong. Much like other platforms like Steam where smaller developers can occasionally throw whatever they want into the marketplace with varying quality, it can take some sifting to find some of the gems hidden in the digital mineshaft. Even then, those gems are a matter of taste and might not appeal to everybody.

With much I use my phone in waiting rooms and while I’m trying to accomplish other things, I’ve come across a few games that met with some personal criteria I had set up- a defined ending, for instance- which I would love to share with folks who might be struggling to find some way to cut their teeth on the offerings at their fingertips. 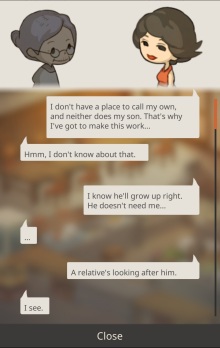 In a small village just on the border of a large city in Japan in the Showa era, a diner sits steeped in antiquity and small-town conversation. The owner of the diner has fallen ill recently, however, so his wife has taken over the duties of cooking, meal planning, and keeping the diner in business for the locals. Every small town’s citizens have a story, though, and a small eatery is a perfect place for them to open up. After all, food can bring up memories and emotions just as well as any other stimulus can.

Taking the role of the elderly wife, your job is to keep people in your diner happy and fed while improving the diner and its menu. With particular customers, you will be able to suss out their favorite dishes and what food will help them open up, relating their stories and troubles to you in small cutscenes once their affection has risen enough. The more you create your available concoctions, you will also be able to create other dishes which will earn more money and cater to your clientele even more.

At its core, Hungry Hearts is a ‘tapper’ game, which won’t appeal to everyone. The game does have the occasional option to watch an advertisement to gain more experience or money, but they can easily be skipped. It is free-to-play as a base, however, and the trappings only obscure the heart of the game underneath.

Where this game excels is in its stories, characters, and atmosphere. Hungry Hearts captures the village feel that it is going for with exquisite results. More than once, I felt a tug of emotion at the writing and interactions between the people of the town, many of whom have stories that interact with one another despite their not interacting directly. Each unique character has their own full story to be engaged with and the endings are almost entirely well worth the investment. In between stories, the game was also incredibly relaxing with an ambient soundtrack and charming visual style that I found myself addicted to.

If you don’t mind dealing with some of the usual free-to-play inconveniences and you need a game to wind down with, you would do well to seek out Hungry Hearts. 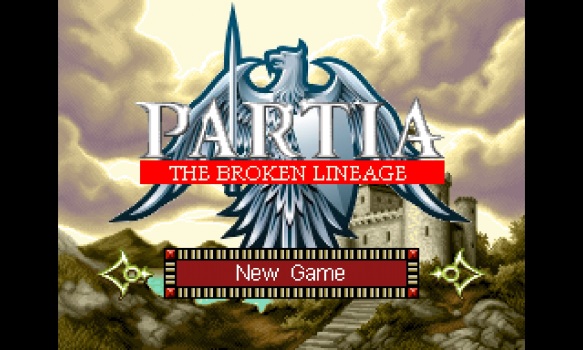 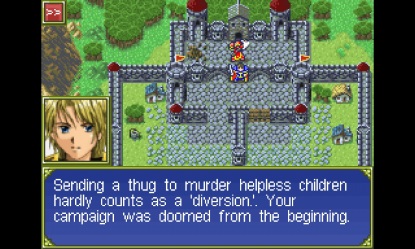 Taking place on the continent of Partia in the kingdom of Grana, you play as the younger of two princes slated to sit on the throne and rule over the people. The people of the land, however, clearly have their favored candidate of the two, whether it is the responsible and headstrong eldest or the slightly rebellious and more approachable second-born. Some of those people, however, will do whatever they must to ensure that their candidate of choice ascends to the throne.

With no qualms of being derived from the likes of Fire Emblem, Partia concerns itself more with political intrigue and strategic choices over knockdown brawls. Divided into chapters, the game takes you through the moves made by those who desire power as you gather a group of allies willing to fight by the prince’s side. Following the mechanics of Fire Emblem to a near-perfect T, characters level up, receive weapons with particular durability, and can be lost forever if they perish in battle.

The game isn’t without its obstacles. Without exploiting the arena in town between chapters, you will lose a lot of your allies so grinding is a bit of a must. The translation in the build I played was also a little choppy in areas, though easily navigable. The team has released patches since, however, so it may be a slightly different experience to play now.

What is to be commended is that the game captures the spirit of the early Fire Emblem games with a bit of an overhaul on the presentation side. The battle sprites are simple but effective, and the portraits and other art evoke the styles of games like Shining Force and the GBA entries of the Fire Emblem series. A lot of heart and passion for the genre appears in the short time you will spend with Partia which, as of this writing, rings in at $3.99 to purchase. There are also two sequels available, and while I’ve only just started the second game, improvements already appear to have been implemented. 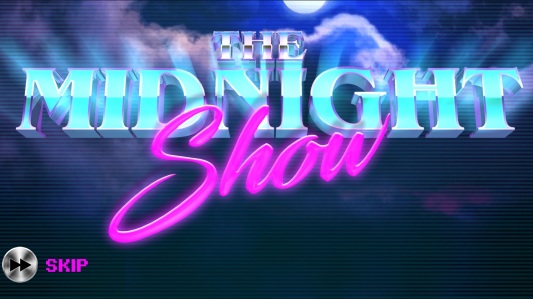 It’s 1985. You’ve arrived at the Orpheum Theatre where some of the hottest new films are playing and the staff is way cooler than you’ll ever be. If you don’t feel like taking in a show, you could always hit the arcade and try to win some prizes from the crane game there. For such a rad looking place, though, it seems awfully empty. Something feels just a bit off about that, doesn’t it? Maybe if you look around a bit, you’ll figure out what’s going on and why you can’t seem to leave the way you came in.

I may be biased given my love of horror, the 80s, and point-and-click adventure games. The Midnight Show, however, was probably one of my favorite mobile games to get through and play. It unfolds like any other point-and-click game does, but with the in-jokes and tongue-in-cheek tone, it feels right at home with games like Maniac Mansion (which is has a great poke at) and other LucasArts adventures.

If I had one qualm, it is a bit short. This isn’t a major issue, though, as it doesn’t overstay its welcome longer than it has to, telling a tight story with a few atmospheric moments and just enough puzzles to make you think and explore a bit to proceed. My “qualm” probably lies in the fact that I wanted a bit more of the universe once the game closed up shop. Call me selfish, I guess.

As with the other two games here, the presentation is strong. While I loved the visuals, the soundtrack is where the game really hooked me with some strong 80s synth that found me sticking around a bit longer in places than I probably needed to. If you’re a fan of the music of the era, you’ll be hard-pressed not to relish in the soundscape a bit. Kudos to Wice and ALEX, who are credited as the featured artists.

Looking at the game, I don’t see a price tag on it anymore so it may just be free to download- which is a steal for the experience. The Midnight Show is well worth the price of admission, however, price tag or not, and it should be checked out if you have any interest after reading this.

I play quite a few persistent games that I could easily recommend, as well, and may write a bit about them in a future post. Having a game that has a defined beginning and end can be tough to find in a quality package and an affordable cost. Hopefully, this will point out some options to folks who might not be fans of mobile games to give a chance to!

Have any recommendations or thoughts on these games if you’ve checked them out? Any feelings on mobile gaming you’d like to share? As always, drop me a line here in the comments or on Twitter!