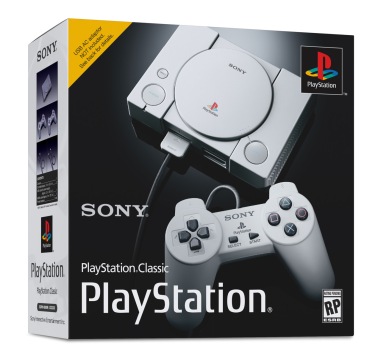 With the recent announcement of the Sony Playstation Classic Mini being produced, speculation has been running wild as to what games might be joining the five that have already been announced: Final Fantasy VII, Jumping Flash, Wild Arms, Tekken 3, and Ridge Racer Type 4.  Following in the traditions of the other Mini systems that have been released, there has been a promise of 20 titles that should be on the final list of games available.

Of course, everyone has their predictions and their reasons behind them- so why shouldn’t I join in on the fun?  I loved my Sony Playstation growing up with Final Fantasy VII being the first game I purchased for it (even before memory cards, which is a story in an of itself)!

After the jump are ten games that are a mix of logical predictions and wishlist games that I would enjoy seeing on the upcoming Mini.  By no means are these all of the games I would like to see- that list stretches a bit longer than I have time to write about- but I’ve got plenty of thoughts as to what would make the Playstation Classic Mini an actual classic. 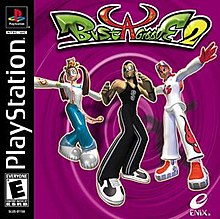 I’d be lying if I said that this was anything more than wishful thinking over actual plausibility.  Bust-A-Groove 2 and its predecessor were amazing dance-rhythm games that are terribly underrecognized and the second entry makes strides in quality above the first.  These games seem to have been all but forgotten and there could be issues with music licensing at this point, but if these game showed up on the PSOne Classic?  I’d probably be shelling out money before you could say “fever time”.

Probability?: Not holding my breath
Personal Wish List?: Near the top of the charts.  You’d hear the screams of joy from your home, wherever you may be. 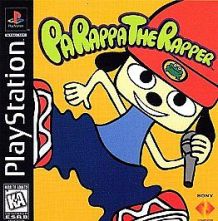 With pieces of merchandise popping up even recently, it would be a bit surprising to see this classic rhythm game not included in the 20 games on the PSOne Classic.  It’s a goofy game and perfectly exemplifies the tone of pop culture at the time.  Also, the first level of the game is referenced so often (“Kick, punch- it’s all in the mind!”) as it is that it would be almost criminal to not take advantage of that on a system boasting “classic” in its name.

Probability?: High
Personal Wish List?: Sure, I’d play the heck out of a re-release of this! 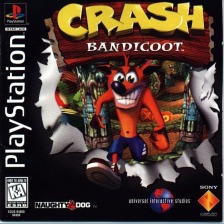 Let’s face it- Crash Bandicoot was one of Sony’s attempts at creating a mascot for the Playstation a la Mario and Sonic.  While other characters like Spyro might show up on the Classic as well, it seems like a lock that good ol’ Crash will show up, maybe even two or three times.  The only thing that makes this slightly iffy is that the NSane Trilogy just came out- but since when has the worry of redundancy ever stopped multiple releases of the same product from happening?

Probability?: Almost guaranteed
Personal Wish List?: Could give or take it.  I didn’t grow up with it but I’ve heard great things. 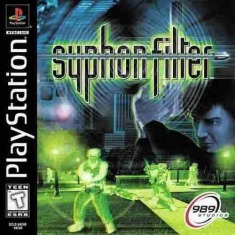 This one might be a bit of a stretch, but hear me out.  Even though Gabe Logan and his gang have fallen out of the spotlight, the Syphon Filter series went six entries strong before tapering off in 2007 with the PS2’s Logan’s Shadow.  The tone of the game is a perfect example of some of the stellar third-person shooters on the PSOne Classic and if there is an interest in skewing toward the obscure (because let’s be honest- Metal Gear Solid will probably be on the system over this), this game would be a great choice.

Probability?: Decent
Personal Wish List?: I have some fond memories of this game, so I might actually be tempted to look into the system if this were on it. 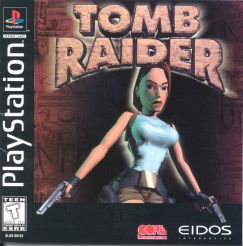 True confession: I played through all of the original Tomb Raider games on the Playstation and have designs to do so again.  Lara Croft is a household name to nearly every gamer at this point and the fact that her story originated on Sony flagship console should cement her place on the PSOne Classic if everything falls into place behind the scenes.  If the original doesn’t hold up as well, Tomb Raider II is pretty iconic, too, so there are a few to choose from.

Probability?: Without a shadow of a Tomb Raid- er, doubt.
Personal Wish List?: I feel like it doesn’t get much more classic than this for me, so definitely. 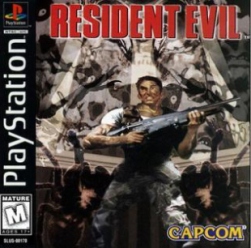 Keeping in line with series that got their starts on the PSOne and are still going strong, the original Resident Evil would be a prime choice for the upcoming Classic- and logical, if Capcom cooperates.  Given the state of the controllers, we probably wouldn’t see the Director’s Cut, despite it being the superior version, but with the impact that the original game had on the gaming sphere at the time, I can’t say that it would be surprising to see this pop up in an upcoming announcement.

Probability?: Pretty good, especially with the remake of the second game coming out soon
Personal Wish List?: I’d rather see Resident Evil 2 included, but said remake might put a dent in that plan 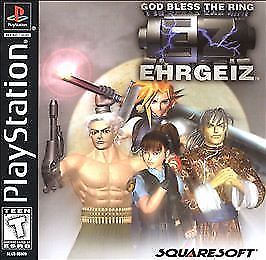 The original Playstation had some great fighting games.  Even with Tekken having been announced, it’s hard to think that we wouldn’t see another one pop up.  Given that folks absolutely love Final Fantasy VII, throwing in the obscure Ehrgeiz would be a treat to folks that remember how novel it was to have Cloud and Tifa in a fighting game.  It may not be the most admired fighting game on the system, but I think we could viably get this or Tobal No. 1 as a nod to Final Fantasy VII‘s popularity.

Probability?: Fairly slim
Personal Wish List?: Meh.  I dug it because I could beat people up as Tifa Lockheart.  I just think it could fit what the Classic might be looking for. 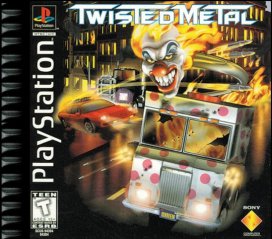 I knew a host of kids who played Twisted Metal near religiously in high school.  The ‘carmageddon’ concept was unique and from what I’ve heard, it was a great game to play with friends.  Given that it stuck around for a while and could really sell the nostalgia factor for the Classic, it would be nice to see this series get a nod- even if I never got the chance to play it as a kid.

Probability?: Pretty high
Personal Wish List?: I never played it but played games like it, so I could honestly give or take it in the end. 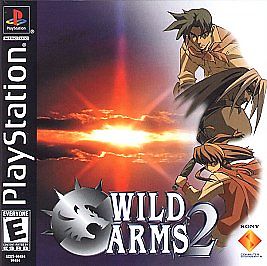 All right.  I’m being greedy and don’t really expect to see Wild Arms 2 to pop up on the Classic.  We’re already getting the original game and that was surprising enough.  The second game is my favorite of the series, though, and while it’s not as classic as the first game, it’s really an incredible piece.  Everything the original did, Wild Arms 2 does to the next power, and it’s a shame more people haven’t gotten the chance to check it out.

Probability?: A snowball’s chance in Death Valley
Personal Wish List?: The exact opposite of the probability- more people should get the chance to play this game 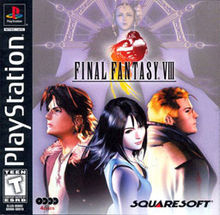 On the one hand, we’re already getting Final Fantasy VII so asking for another entry in the series is a longshot despite all of them being pretty prominent staples of the console’s catalog.  On the other hand, Final Fantasy VIII needs some love and once again, this is my favorite of the Playstation Final Fantasy titles.  Between the gorgeous cutscenes and fantastic story, if we don’t see this and Final Fantasy IX pops up again?  I’ll honestly give the entire PSOne Classic a hard pass.

Probability?: We’ve already seen the probability of this game ‘coming back’.  Don’t make me repeat it.
Personal Wish List?: …come oooooon, Square Enix.  I’m not asking for much here! 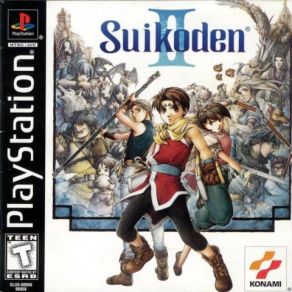 My top three feels more like an exercise in frustration than actual predictions but here we are.  Suikoden II is one of the rarest Playstation games released and with good reason.  The story is epic without feeling too big or lengthy.  The characters are memorable and charming.  The gameplay is simple and refined.  It’s not without its problems, but Suikoden II is a gem on the system and if more RPGs are going to be announced, it would be a tragedy not to see this in the final line-up.

Probability?: If it’s anything like the rest of the series in recent years?  Near to zilch.
Personal Wish List?: I’ve been dying for anything on the Suikoden front for years now.  So yes.  A thousand times, yes.


Thus ends my personal choices for games that could sensibly land on the PSOne Classic Mini.  There are plenty that I would love to see that didn’t make this list but for one reason or another, I felt just wouldn’t make my top ten either through lack of viability or plain not being interested in seeing it over these games.  If you have any thoughts or your own ‘top 10 plus one’ list of games you think could make the cut, feel free to let me know here or on Twitter!

Have a great time until next we meet, folks- and happy gaming!